THE ART OF FALLING 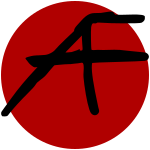 Most will rarely fall.
They may stumble, flail, and spiral at times.
Out of control and powerless
with no concerns for grace or the impacts to those near.

Then there are the exulted few.
They do not flounder.
They will not grasp.
To be sure, they too are powerless

...but their descent becomes legend.

Chooch Schubert founded The Art of Falling as a moniker for his musical experimentation after leaving Ditched By Kate in late 2013. A metal band he joined in Albuquerque took on the name but dissolved after playing their first show.
The line up is currently in a state of flux and Chooch is working on some collabs and considering changing this from a traditional band to artist collective.

If you are interested in collaborating, hit up collab@fallingmusicabq.com

Below are songs that Chooch wrote or co-wrote in various states from partial demos to full production.

These first four demos were written and produced by Chooch during lunch breaks for a "song a week" project. Each song was written during a single lunch hour - then exported, and uploaded in it's current state.
The twenty or so demos from those sessions are being fleshed out into full songs (such as Aggressive Buddhism below)

Chooch on bass, keys, and backing vocals as well as production, mixing, and mastering.

Ditched by Kate - How Far

Chooch on bass and backing vocals

Chooch on all instruments and vocals. Lyrics by Bob Dorsey

Chooch on guitar and vocals. Lyrics by Bob Dorsey